Can anyone explain how ETHAnchor can be “down” and who at Anchor or Terraform Labs has given them a 10 hour timeline to fix it?

I thought this was a permissionless system that we had no control over? Seems we’re not getting the full facts.

If it is indeed “down”, then why are we not able to keep it down after this mess is over?

@
🧙🏼‍♂️! We have noticed that EthAnchor is currently down, this is affecting our $UST Cauldron. Bridging of funds are temporarily paused. We have been in contact with @terra_money and @anchor_protocol who have given us a timeline of 10 hours to fix the issue at hand.
3 Likes
atebites January 29, 2022, 3:52am #42

What the hell is going on lmao, this doesnt even make sense.

If this poll passes, I’m out.

You have a protocol that abides by the architecture and foundation on which it was built, performing to the standard on which is was created. The protocol and it’s mechanics have at no stage been exploited beyond the fundamental rules of both leverage and borrowing.

But you don’t like it, so you’ve cracked the shits. There’s nothing wrong with what happened, the problem is who did it.

This poll, should it pass creates one hell of a precedent. A precedent based on the mechanics that you find most favourable to yourself. Rather than the basic mechanics of finance.

In my view, for the health of this ecosystem, your 1000 ANC was much better placed to vote on LTV increase, if longevity of the ecosystem was your actual concern.

Which pisses me off that I need to split my vote between No on this shit show and Yes on a vote that is actually of value to this protocol.

It probably won’t, there are large stakeholders (20%+ of Governance Voting power) and this proposal as it stands is impossible to implement.

TBH I’m not a fan of vote with your wallet or people with such power exercising it but I’m starting the see the merit in having some of those backers.

Considering They’re holding a 70% loss of value right now my hats off to them.

Personally I’m a neutral or abstain with veto on this issue. I think the community should decide on it with vote however as the proposal stands at present it’s not feasable to do so.

If we wanted this to work we need to make a proposal that banned leveraged use of aUST, that we could do in smart contracts.

EthAnchor is like a Bridge between Eth Blockchain and Terra Blockchain. Most bridges are just a piece of software that runs on a few centrally managed computers. Except a few most bridge have a huge risk of centralization due to this architecture. The operator of EthAnchor is TFL and they have control over it.

That’s not a good thing! even if you might think this now. It will scare away other ETH Users from using Bridges to Terra.

You can learn to interact with the smart contracts directly, can be done from several public endpoints or you can host your own node. Anyone can also fork the Anchor WebApp and launch a self hosted version, but there is no monetary incentive to do so, so why would anyone? Mirror is far more liable to take downs so it’s been hosted on IPFS and there’s some team running an alternative version, but it’s the same code. I wouldn’t really call a front-end “centralization”.

Still any other team could make an alternative to EthAnchor via Wormhole or the likes, you’d still need the centralized components because bridges still don’t allow for smart contract interactions, but when that’s solved it will be good for any ecosystem.

You could install Node.js on you local computer and download the WebApp GitHub - Anchor-Protocol/anchor-web-app: A monorepo containing everything user-facing this would allow you to use Anchor without any external WebServer you will still need some RPC Endpoint for Terra but there are quite a few. This way when the Website is offline you can still withdraw your UST or Luna.

This proposal is a shame for our protocol and whole ecosystem. We all have our opinion on that topic and I personally think it would be absurd to try to block one specific protocol from using anchor. This proposal has no legitimate and viable solution in mind. We are all angry and laughing about politicians attacking us, yelling at us or trying to overregulate our space. Now we are using their same approach by calling other devs out like that:

"Yesterday it was publicly announced that the CFO of Wonderland, a niche project of Abracadabra Money, appointed a former criminal fraud called Michael Pattryn who goes by the pseudonym Sifu or 0xSifu. "

“Besides that, it seems that the team at Abracadabra money are average software developers since they experienced a massive liquidation event a couple of days ago due to shitty software.”

The deposited UST already dropped by nearly 1.2B and that is just by people making their moves based on the recent events / news. TFL will top off the yield reserve while the Anchor team is working hard on bSOL, bAtom, higher LTV limits and various improvements around the sustainability, resilience and growth of the platform. This will IMHO make the protocol robust enough to withstand volatile market conditions or situations like we currently experience. The focus should be on building and not patching some infamous flaws or blacklisting other folks we aren’t comfortable with. TFL and Anchor probably learned their lessons as well when it comes to strategic decisions and public relations.

What I’d like to see from TFL, Do Kwon and Anchor would be an official statement about their relations with the accused people and resulting actions. At the end it’s about securing the space and our funds!

What I’d like to see from TFL, Do Kwon and Anchor would be an official statement about their relations with the accused people and resulting actions. At the end it’s about securing the space and our funds!

There is now over 2.5 million ANC that has voted ‘yes’ to this poll.

If the initial poll was put together without the accusations and poor grammar I would expect it would be much more.

The degenbox (including the Abracadabra collaboration) has been a wrecking ball to Anchor and the entire Terra Ecosystem. $1.2 Billion has left the system over the last 48 hours and many are now even afraid to hold UST. Concerns about this exact scenario were raised 6 weeks ago.

Some mainstream articles that have picked up on the story. 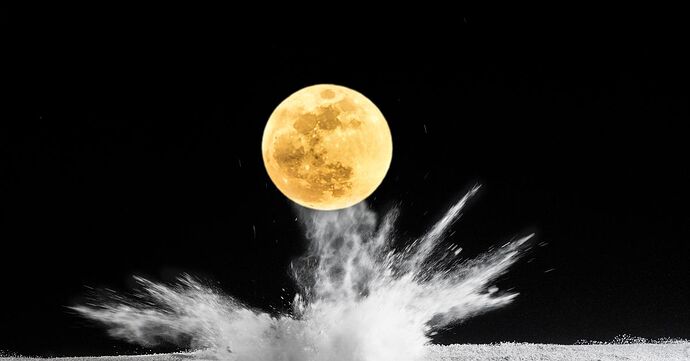 The native token of the Terra blockchain dropped sharply after it was confirmed a QuadrigaCX co-founder is tied to the Wonderland project. 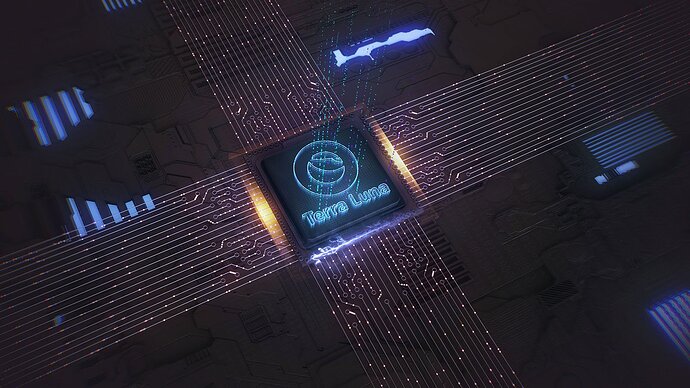 Why Did Wonderland Woes Send the Terra (LUNA) Crypto Plunging?

Some drama is gripping LUNA investors this week and holding down the price of the Terra (LUNA) crypto this afternoon.

This proposal should be modified to simply disable aUST leveraging, make it work more like vxastro where you cant trade aust.

It would suck but that’s the only way to make this proposal work at this time. Even then I’m not even sure if it’s currently possible.

Disabling MIM alone does nothing, it’s not even good for our branding and we should just stay away from the project with a don’t talk approach. With that being said I am a propoenent for stopping leverage abuse of aUST which my suggestion would actually address.

If this proposal passes might as well turn it into something usable.

Exactly. Whoever put up that proposal really should have thought it out (and spell checked and read it over before posting).

It’s often said that the aUST is a receipt for your deposit. Then let it be that. You cannot leverage a receipt. You can use it to claim what you deposited.

Any leverage of aUST, or sending aUST outside of Terra, should be stopped. (Swapping it within Terra, using it with Kujira and things like that within Terra that don’t generate more UST to loop and deposit are fine to keep, IMO.) That would address both the current and any future abuse of this type problems.

I cant believe this is still being discussed… And it’s way worse that people have voted yes without even knowning what they voted and that It doesn’t even propose a way to do such a thing.

Worst that there is only a 10% quorum required to decide such a thing.

I dont understand what part of anchor being a “permissionless protocol” you people don’t understand.

Welcome to DeFi and grow up. You cannot blacklist abracadabra, period.

This would have huge benefits to the protocol.

Who gave permission for TFL to take 3 million LUNA per month out of the genesis wallet to embezzle hundreds of millions of UST via the degenbox? Don’t worry about transparency, decentralization or permissions since that doesn’t exist.

Removing this degenbox parasite is going to have an immediate impact and improve the health of the protocol. Current estimates are that we are still carrying around $730M.

EthAnchor was down for maintenance 2 days ago. I suggest we start there. Can someone confirm who turned it off, how and why? If this vote passes, we need to figure this out.

The best option would be to drop the APY on EthAnchor to 0% and let the degenbox unwind.

@
FYI, EthAnchor is currently undergoing maintenance. Please note that this may affect services that are dependent on EthAnchor. It is likely that EthAnchor will normalize over the next few hours. Please stay tuned for future updates, frens
5 Likes
BoogieNights January 31, 2022, 4:47am #59

Who hurt you dude…

This isn’t your play thing. Your assumptions are damaging to the community, protocol and honestly, the bit you should be most worried about… Your reputation. You are not coming across well… If you were frothing at the mouth as you typed this I would legit not be surprised.

Cool off and understand what you’re asking. It isn’t possible. Also, some of your accusations and requests for information are borderline out of order my dude. You actually have no right to the information you seek. Your entitlement on this proposition is out of this world.

If you want what you’re asking, go join a DAO, because you know what my dude… This ain’t one.

Defi-Permissionless and every other cryptobuz word doesntmatter when a whole community and more importantly-an ENTIRE Ecosystem of one of the most promising coins,is at stake due to a single Imbecile platform that is STRAIGHT UP associiated with Bitconnect 2022(WNDRland…).

Besides,theres nothing “permissionless” about that specific function of Abra,as thr gas fees+Lev.Costs+Transfer fees are ENORMOUS for the Average Luna holder,leaving whales with a HUGE advantage to capitalize while BURRYING a platform with vision,balance,passion for their project ,and are the1st stop of most retail investors who have genuine interest in Luna,not aimimg only for a quick flip.
Yah,in an ideal world everyone would play the same game,and not piggy back/leech offfother peoples hard work,thr perfect “DEFI Oasis”-but thats not even close to where we are right now.

Their ponzi is dismantling as we speak,and seeing how its all been handled and how bad reputation and influence these dubious projects have on everyone they associated with-its the perfect timing