Back to basics - Anchor's rise from the ashes

We’re back at the beginning, and now it’s the opportunity to work on a comeback and be better, while apparently there will be a focus change on the stables mechanisms at the network, I believe that Anchor too should work on stripping out the bad and refocus on what made it unique.

Anchor selling point at the start, and somebody correct me if I’m wrong, was a fixed-yield deposit and lending market, fueled by liquid staking derivatives and a reserve for stabilization. We’ve started to deviate from the path sometime ago and became reliant on artificial source of yield to maintain that fixed rate.

Let’s start by stripping the bad,

We can then keep the good,

These are my thoughts right now, everything happened way faster and way harder than I ever expected, but I’m here and willing to help.

Stay strong, this too shall pass.

Absolutely Anchor needs to come back better & regain the trust of the Terra community. Not just the LUNAtics but the whole cryptospheare.

The selling point of Anchor has always been that 20% interest on a stable coin for just depositing into the function & doing nothing. That in my honest opinion NEEDS to go. 20% in unsustainable no matter what. That’s a point I would add to stripping the bad.

no bailout allowed so we can’t become reliant yet again, this will hold us accountable;

I agree with no more bailouts. It’s happened 2x so far & it makes the whole system look bad & show’s how unsustainable it is.

Not exactly sure what you mean by this.

We can then keep the good

Better ANC tokenomics is a must. The proposal with veANC was a good start to this. (I thought that was suppose to come out today)
Locking up the ANC for a non-monetary token for governance I like that idea.

Cross-chain efforts, now more than ever, could be the hail mary;

That’s the way to go as the future is all cross chain.

Let’s evaluate other stable pools, UST will have to earn back it’s trust, so we should consider adding other stables, I’d prefer if we kept with decentralized options;

Not 100% sure about this. How many other decentralized stable pools are out there? Potentially adding something backed by USDC is a better option because we know that’s (even centralized) is overcollateralized .

Just some of my thoughts on your points.

Not exactly sure what you mean by this.

Not 100% sure about this. How many other decentralized stable pools are out there? Potentially adding something backed by USDC is a better option because we know that’s (even centralized) is overcollateralized .

USDC and USDT could be options, but I’d prefer things like Frax, MIM and DAI, even if there’s bad blood going around, while their decentralization is not perfect, it’s at least slightly better than USDC and USDT. But I’m not picky, it’s my opinion that UST could make a comeback but it’s gonna take a while to have the public trust, other options could help fill that time gap.

I think lawsuits are coming. I wouldn’t touch anything at this point or you could become a target of an investigation. People died today. UST is over. Luna is over. Those need to be fully expelled from all DeFi protocols before any future rebrand of Anchor comes about.

This time only allow fully collateralized stables and high quality proven yielding assets (eth). Any algorithmic stable should be deemed a ponzi scheme at this point.

Thousands of people lost everything this week. Some took their own lives. That can’t be repeated.

Do Kwon should go to jail.

I hate to be a hater but can you imagine a jury watching this clip from a few days before it all collapsed? 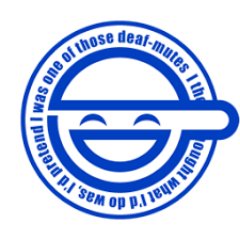 1/ The prevailing peg pressure on $UST from its current supply overhang is rendering severe dilution of $LUNA. The primary obstacle is expelling the bad debt from UST circulation at a clip fast enough for the system to restore the health of on-chain spreads.
paletas May 13, 2022, 9:38am #7

I hate to be that guy, and trust me I’m down bad, but if you want to reap the benefits of self-sovereign finance systems, you have to be ready to take the self-accountability… there’s no indication this was a malicious insider attack, so Do Know isn’t to blame.

The inner workings of the system were public, his persona was public, everything was all out in the open, whoever decided to invest (me included) has to take responsability for those decisions, it’s not “i’m a genious because it’s up 10000%” and now “I was scammed because it went to 0”.

There’s plenty of threads for this kind of self-pity and blame going around, I’d rather leave this one open should anyone still wish to ideate the reborn of Anchor Protocol.

How can we get our bETH out now? It’s wrapped stETH but Terra chain is halted. Is there a solution?

We put these assets here to invest in the Anchor protocol. Anchor needs to offer a solution to unwrap back to stETH.

Now more than ever I believe we need to figure how to bring Anchor over to the v2 chain, should it pass. Anchor never needed UST, the model can work with any other stable.

I hope the protocol doesn’t have to die with TFL.

Seems that the Anchor’s team wants to start discussing the future of the protocol, bumping this up for visibility.

Please help me here;
What will happen to the ANC crypto? I invested all my capital on May 25 to 0.35 and today I am already losing half of what I invested. Will it continue to drop or will it go up again at some point? Is it possible that it goes up to 0.40 or is the price of ANC going to 0? Thanks