How do we know if ASTRO isn’t going to be another dump token? No offense, but most tokens on Terra just dump. Instead of sell inflationary pressure on ANC we just move the sell pressure to ASTRO?

I invested a good deal in ANC-UST LP thinking good for 4 years…so a shame going to end rewards entirely. But I guess if the value of ANC goes up significantly then I can’t complain.

Can someone clarify if staking your ANC-UST LP on Anchor is the same as TS?

I’m going to try and break this down:

Deep liquidity is important to any token, so Anchor incentivizes users to provide liquidity on Terra’s current main DEX (Terraswap) by rewarding liquidity providers (LPs) with ANC tokens on top of trading fees.

This makes it more attractive for LPs (higher APR), but also puts a lot of sell pressure on the ANC token because it increases the number of coins in circulation, and because LPs have to sell their tokens to compound/cash out of their positions.

There are two topics being discussed here:

The main topic, for which the Astroport team created the thread, is “whether Anchor stakeholders are interested in switching the destination of ANC LP incentives from a liquidity pool on TerraSwap to one on Astroport”.
Whether the switch is enacted or not, Anchor’s LP incentives will remain the same. As a LP, you might simply have to move your LP tokens from Terraswap to Astroport to get the same ANC rewards, plus any Astroport’s ASTRO rewards.
Although it boils down to your definition of a “dump token”, IMO, Astro is unlikely to be one because of its gradual vesting model and tokenomics: similar to how CRV works, ASTRO can be staked to earn a portion of trading fees, or locked, to get even more. This model has allowed the CRV token to retain value despite extreme hyperinflation. For ASTRO, at the end of the day, it all depends on how central Astroport becomes as a DEX. The more liquidity and trading volume, the more protocol fees, and the higher the income for staker/lockers, incentivizing them to hold and reducing the circulating supply.

You mention “moving the selling pressure from ANC to ASTRO”. This brings me to the second topic, which was brought on by community members, who argue that the LP incentives (bonus ANC for LPs) are keeping the price of ANC down by increasing the supply relative to the demand.
They propose to reduce or cut the incentives to curb the inflow of new supply. Assuming the demand for ANC remains stable, such a measure should reduce selling pressure and drive the price of ANC up.
If stakeholders decide that Anchor should migrate to Astroport, providing liquidity to the ANC-UST pair would still be incentivized, but with ASTRO emissions rather than/on top of ANC ones. In effect, this “moves selling pressure from ANC to ASTRO”, because LPs would have to sell ASTRO to cash out.

This topic should be discussed in a separate post but here are a few things to consider as a LP.
On the one hand, if stakeholders decide to reduce LP rewards, the APR of your LP position would go down.
On the other hand, the price of ANC should gradually rise, meaning the value of your position would increase over time, and the income it generates could catch back up or even increase (not in terms of APR, but of $ value). If the increase is too fast, you might face impermanent loss. The APR from trading fees might also increase as some LPs exit their position and the utilization/liquidity ratio increases.

I am a bit shocked.
Not many people think about their token economy and just vote.

I want to believe all of you read the litepaper.

ASTRO uses 33% of the fees from the pair ANC-UST.
It will reduce 33% APR, and it says “we will buy ASTRO from their pool and stake it”

The more ANC needs increases, the more power Astro will have.
(Power will be given to the ASTRO, not to the ANC)
I think ANCHOR will be locked-in ASTRO port in this way…

correct me if I am wrong I read many opinions from the other forums(Mirror, Pylon, VKR).
I wish they noticed it.

I am a fairly new LP to the Anchor Protocol (and am very happy). Here is how I see it–

@Liam can you elaborate on what part of ASTRO’s proposal is problematic? I understand that ASTRO is demanding that we lock ourselves in, but so what? As of right now, we are locked in to Terraswap regardless of duration restrictions, and they don’t give us anything in return for it. ASTRO is offering to do so.

Do you think ASTRO is not offering juicy enough terms relative to the duration of commitment?

The only problem/issue I have with ASTRO is the non-transferability of their vxASTRO governance token.

Efficient markets need assets to be fungible. Some of the ppl who claim vxASTRO tokens will prefer delegating it to actively participating in ASTRO governance. That is a good thing, not a bad thing! If someone staked some xASTRO for vxASTRO and got a lot of votes locked up, but something comes up in his life that forces him to be much less involved in ASTRO governance, the community suffers for his lack of involvement, and the vxASTRO holder is forced to eat an opportunity cost of not being able to transfer ownership of his vxASTRO. I don’t get that system at all. But everything else ASTRO brings to the table seems like progress to me.

You just think about the airdrop.
That is why you think terraswap gives nothing.

In fact, you always get the fees Volume * 0.3%
Astro pair designed for Astroport so it uses 30% of the fees

Mirror governance knows about it

I know the decision has already been made.
But want to let people know this fact.

https://mirrorprotocol.app/#/gov/poll/168 I definitely agree with this opinion. Airdrop happens only once. The redirection of the 33% of the lp rewards is forever. Anchor stakers should receive more compensation for this change. Astro was designed to make Astro governance better not for Anchor.

I knew that Terraswap pays a commission fee. For ANC-UST it’s 6-8% - https://alpac4.com/TerraSwapDashboard/. Someone asked about this in the Anchor discord and an Anchor person said it didn’t include Terraswap rewards. But Terraswap rewards aren’t that big as a % of the total APY.

Terraswap gets zero from the user. It is free.
A user who wants to swap pays the fees to the liquidity provider by the contract.
(Terraswap itself does not pay the commission to the user since it is free)

The APY depends on the Volume of the pair ANC-UST (the fees(commission) made from swap)
The APR will go up if the volume is bigger. (assume ANC price is the same)
(Dex is not a matter for the volume, that is the market volume)

ANC will be supplied for the swap and Astro will be demanded.
(As you know, the price goes up when there is more demand. not supply)

It happens for all pairs. I would say Astro designed well for their product. NOT for the other governance.
Every swap will purchase Astro and their tokens will be supplied for the swap.

Do you still think it will be good for your Governance?
It might be good for a short period or the Lp provider could earn more when Astro’s price goes up.
But I still believe it is bad for the other governance.

It is my opinion you don’t have to agree but I believe like this.
BTW, I am fed up with this situation. it will be the last reply. Thank you

@Liam I really appreciate your posts, they help me learn more about the underlying mechanics and incentives of this ecosystem and I am sure other ppl appreciate it as well.

@all: I am a newbie to this space but reading through, I feel that moving the ANC-UST LP pool rewards to astroport makes sense. But my concerns, and I appreciate your patience, are as below:

If the existing LPs in Anchor can’t move over to astroport, then this proposal sounds very harmful for them? i.e. 1) removing the rewards on anchor and can’t move to astroport to get access to ASTRO drop and ANC rewards.

If someone can explain this to me please. Thanks much.

Welcome to the forum, @gg_veritas!

I think you are mixing up Astroport’s lockdrop (an event involving locking liquidity for the launch of the protocol), which has now ended, and the normal state of operation for Astroport. Liquidity providers can now provide and withdraw liquidity as they see fit, with no lock.

Here’s a guide on how to interact with and move your liquidity to Astroport: Adding/Removing Liquidity - Astroport

In short: providing liquidity for ANC-UST on Astroport is currently available to anyone who wishes to participate, and so moving the rewards over to that pool is unproblematic and was already agreed upon in a previous governance vote

@Spaydh Thanks for your reply. 2 follow up questions please:

Appreciate you taking out time. Thanks

If you need quick answers to specific questions, you can also check anchor’s discord, there are plenty of chads helping out in real time there

Well then that means when ANC rewards move to Astroport, we only have about 1 month left of rewards.

So those that locked ANC-UST in Astroport have been losing out significantly on ANC rewards.

Why would people want to end LP incentives sooner if they going to end in March 2022 anyways.

Essentially the ANC-UST generator on astroport will only be a generator for 1 month then it just becomes an ASTRO farm.

@bitn8 Where would I find information like this, as it is released?

Mostly following the projects Twitter and medium accounts, as well a the GitHub repositories for these projects for more granuslar info 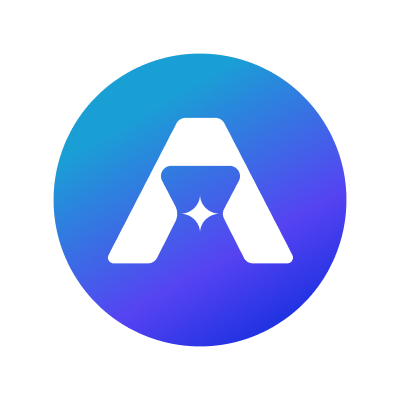 Currently UST is earning in Anchor around 20% APY. There are many pools on Astroport that have UST as one of the two trading pairs. Since utilization in the pool is rarely going to hit 100%, I was wondering why not have a mechanism to take a...

and forums indeed
it is a check list process

So this this is not needed anymore now? Because we get astro on anchor now, or is it still better to move your lp to astro???

ok stupid question somehow, moving was never necessary really, but I can join other polls there , ok , got it