By choosing to not support the yield reserve, we could see Pylon fall apart before launch. We will see Orion saver likely fail to gain traction. Minting on mirror v2 will decline. We could see deposits on Amchor plummet. Theoretically, anc emissions should look better but we need to note that high anc emissions have not been enticing increased borrowing at the level we should expect.

The reason LUNA holders should want to fund the Anchor yield reserve one time is to ensure Anchor v2 has time and an opportunity to create a self-sustaining model. Without increasing the yield reserve soon, it would not be surprising to see luna, mir and anc all slip under $1 with Pylon’s ability to gain traction destroyed before it even launches. UST burning/LUNA minting will reach all time highs.

Doing nothing is a dangerous option. It won’t be as bloody as TITAN, but I wouldn’t be surprised if a panic will happen where confidence in UST/LUNA is significantly and permanently impaired if we let the yield reserve get decimated.

Theoretically, anc emissions should look better but we need to note that high anc emissions have not been enticing increased borrowing at the level we should expect.

This is a statement that ‘feels’ true because the borrow rate appears to be very negative, but isn’t actually in reality.

The truth is that ANC emissions aren’t obviously lucrative at the moment.

If you assume most folks are doing something sufficiently low risk with borrow proceeds (such as re-depositing into Anchor Earn to negate the borrow interest rate), the net APR from borrowing is basically just the avg LTV (~30%) multiplied by the distribution APR (~190%) to get to about ~55%.

This should be better than just staking Luna, but it’s not obviously so since it appears that multiple genesis airdrop snapshots are coming soon (Orion, Pylon, Nebula… probably more within the next two months). Until more of these genesis snapshots pass, there’s an increased opportunity cost uncertainty risk that will temporarily hurt borrowing demand.

Even if increasing token emissions doesn’t have a large enough impact, it makes no sense to not try this first when the other alternatives include changes that would create undesirable precedents or be irreversible.

Doing nothing is a dangerous option.

This is the part that is the oddest to me. Nobody is advocating doing nothing. The team (Terra Infrastructure and Anchor) is working on evolving the platform to close the system deficit.

Things coming soon that will likely have a significant impact:

The fact of the matter is many of the folks who sound like they are wanting to reduce the depositor rate or convert to variable are the ones fud-ing about the yield reserve. This makes no sense since if the yield reserve is exhausted we could easily re-target the yield to fix on whatever is sustainable given the cashflow at the time.

I definitely didn’t word that well. I didn’t mean to suggest the Anchor team is doing nothing to address the problems and improve the protocol. The entire TFL crew is in the elite category in terms of ability to execute and deliver products in the crypto space.

The yield reserve currently sits at around 4.3 million UST

I don’t get why people aren’t more concerned about this.

That rate is going to go up by quite a bit. The APY on Anchor deposits is now set to a minimum of 19.5% per governance vote. Zendog is right that the Anchor/Terra guys have plans that will improve the economics long-term, but I agree with you, we should enact some short-term measure giving TFL more time to put in a more permanent solution.

Taking a small amount from the Terra community pool would be a nice one time boost to the yield reserve. Increasing ANC emissions temporarily also work by increasing the incentive to borrow. Increasing the LTV ratio allowed on loans could also help – I am a huge fan of doing this in conjunction with other measures.

Why should the LUNA community fund get used to put money in this fund? ANC holders have a community fund. If the rate needs to get subsidized it should come from ANC community fund, not LUNA’s.

From what I understood from the conversations in this thread, is that if the Yield reserve runs out, the deposit rate of Anchor will be floating and will go down to a rate that can be supported by the amount which is currently borrowed.

If that is the case, I don’t necessarily see this as something to freak out about. Unless i’m missing something crucial.

There should be incentives to borrowers in order to achieve a natural equilibrium.
I´ll leave below the explanation I have found on the subject regarding what happens if the yield reserve runs low. 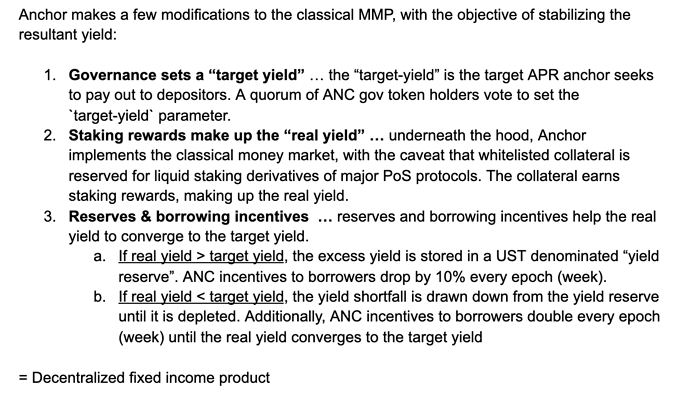 Hello all,
It may be a newbie question but i wonder, what will happen if the yield reserve goes to 0 ?
The APY will drop too, and it is likely that many people will want to take back their deposit and sell their UST.
Will it be a risk of depeg for the stable asset ?
If there is a better place to ask, or to find any info on that subject, do not hesitate to redirect me there. 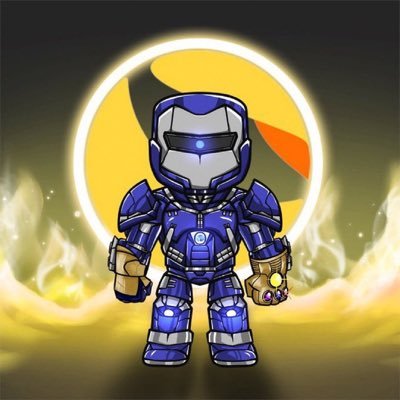